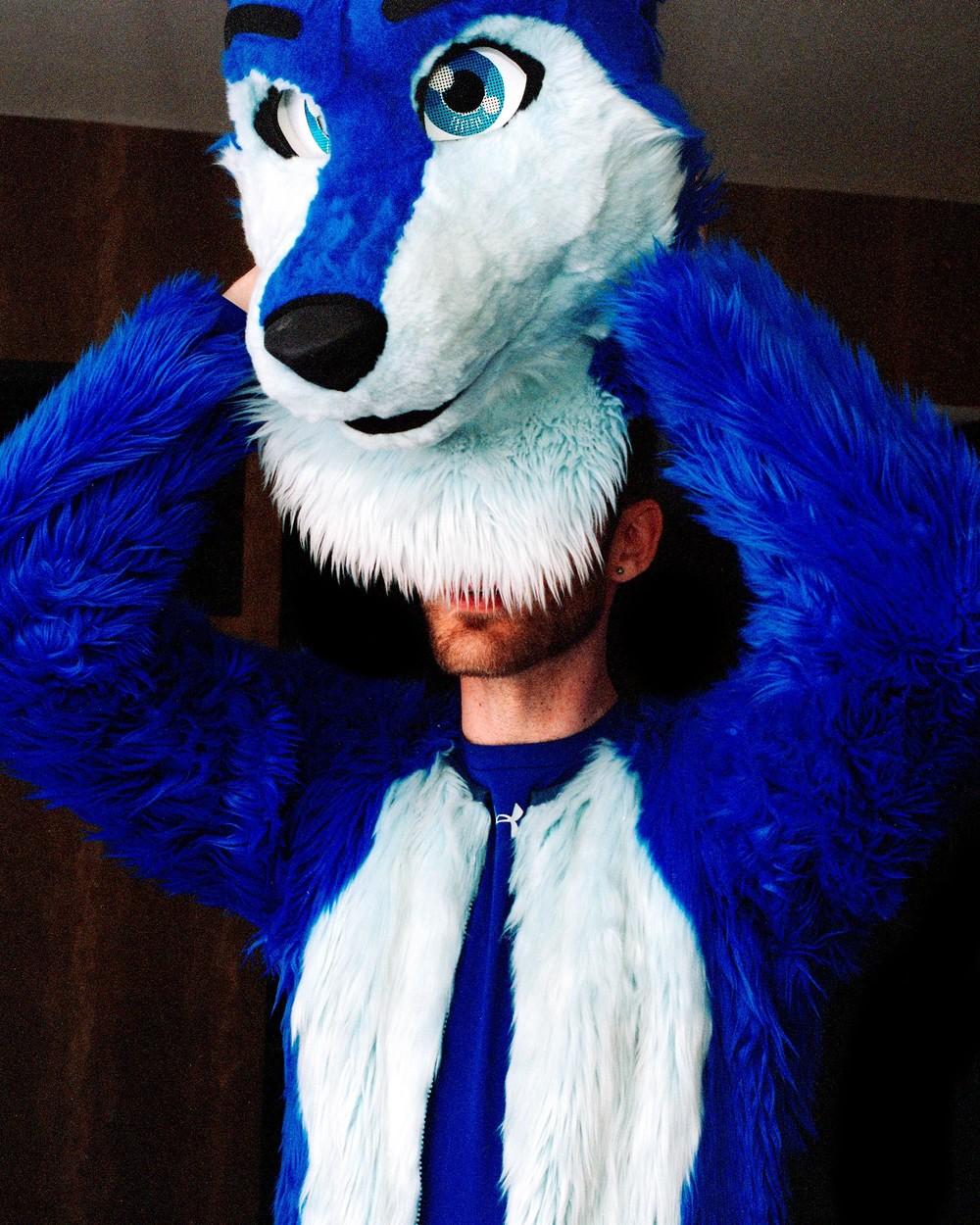 
When people hear "furry" they instantly think of big, fuzzy animal outfits, called "fursuits." Not all furries have fancy, ornate ones, but many in the fandom go all out when it comes to their second skin. For those looking to take their involvement in the community to the next level, the creation or commission of a fursuit is an act of outward expression and serious dedication (often, a financial one).

Fursuits can be intrinsic to the identities or alter egos that define the lifestyle, and some furries even keep multiple fursuits for multiple personalities. Most furries have concepted characters—referred to as "fursonas"—that they choose to represent themselves, and the suits can help articulate certain aspects of each character. For some, the fursona is an elevated state of self, an expression of an inner animal. For others, it's more fantasy-based, a crafted identity, representing something they aspire to or deem important.

Fursuits are built by specific furries, many of whom make their entire living creating commissioned suites year round. While the cost of most fursuits hover around the $1,000-$4,000 range, they can cost up to $10,000, depending on intricacy, quality, and the reputation of the maker. While at Biggest Little Fur Con—the fastest-growing furry convention in the country, held in mid-May in Reno, Nevada—I caught up with a handful of furrys to find out about the genesis of their fursona and fursuits.

I'm Jebroni Kitty, and I come from Chicago. I came up with my character because I was trying to discover what I liked [within the subculture]. I took pieces of inspiration from things like Second Life to create my fursuit, and I've always been a cat. It's just how I've always acted and felt.

I love hearts, and I like blue and pink—the colors of my fursuit—because they just mix well together. I'm a big guy, but I wanted to be a house cat, so I'm a Maine Coon. Big, husky, cuddly, and very mild-natured. I became known as the Love Kitten after going out with my stuffed hearts, which I carry around with me a lot. I often give my heart out to people, and then other furries started calling me Love Kitten.

I live on Woodbee Island in Washington State and this is my character Mukilteo. I have a website where I teach people how to make and build fursuit costumes, too. I have been in the furry fandom for a very long time, since 1998 or 1999.

Mukilteo was my first furry character, I had gotten this costume as a trade with another fursuit maker. This character is the bad dog. He wears a shock collar and he's a dog party advocate. He fights for Couch Rights and access to fresh water and walks to the park, and more treats! We want fresh bones and snacks!

I have another character, Matrices, and she's a gray dog, with folded back ears, and has a marking on her forehead. She's the one that really represents myself more so than Mukilteo, and she is the one I have as my avatar online. But Mukilteo is my fun one to take to the dance.

I know I'm a human on the inside, but it's fun to play around and have a different character for a little while. I've had the character so long... it's been about 15 years or longer.

Originally [my species pick] came from the ox in the Chinese Zodiac. The ox is the working animal, and I've always felt that in my life I have been the one working long hours, seeing things through, being someone people can count on. The bull and the ox are very similar, with the exception that the ox can be a bull and it also does chores. I've always identified very strongly with that.

Initially I started as a fox, just cause I had no clue what to do. All of my friends at the time were equine or horses, and I kind of felt like I didn't want to do the same thing that they did. I realized that not only was the bull interesting, but it was unique. In addition to that, there are all different kinds of pun-ish humor to it, like being the bull when cows are the ones that make milk—and milk can kind of be associated with something that's not appropriate.

Furry Martin and human Martin are pretty much the same being. The only difference is that one's human and the other is a blue wolf. Everything I do as a human (mannerisms/actions/sounds) are all stuff I do in my fursuit. I do get more cordial and energetic as wolf Martin. I love seeing people happy and wolf Martin easily fulfills that need.

I decided on a wolf because I've always respected their raw primal power. A wolf is ferocious, yet still has the ability to be charming and lovable. I decided to pick blue as the primary color on me for a couple of reasons. For one, blue is extremely rare in the animal kingdom (a blue wolf in real life would have a very hard time surviving).

I'm a bit idealistic toward the sustainable lifestyle and the struggles of life. Living a normal, stagnant life is not my intention. Living as an outlier humbles me. Experiencing the lows and savoring the highs is what life is about. Being blue in the wild would make life tough... Just the way I want to experience it. Darwin would be disappointed in my fursona. Also, blue is my favorite color.

I decided on the name a long time ago. My original fursona was a crazy rabbit with a straight jacket. When I got my fursuit, I wanted a happier and toony character that was easily approachable. My name, "Rabid," had already stuck, though. I decided on the rabbit because I've always loved them and felt a connection to them—perhaps because they, like the coyote and fox, are the tricksters in mythology. Unlike the coyote and fox, they are not predatory and are not nefarious.

I identify with my fursona and do consider myself and my fursona as one in the same. I have two new fursuits commissioned from Rabid Rabbit. Between fursuit commissions, conferences, and other activities, I'm sure I will spend about $10,000 this year on my furry lifestyle.